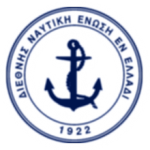 The International Maritime Association is a professional non-profit association and was founded in 1922, marking a dynamic course with a continuous and fertile presence in the Maritime arena. Its foundation was dictated by the need to contribute to solving the major problems that Piraeus , who had no platforms for sailing ships and port facilities in a primitive state, was a problem for everyone and was a “port to avoid” for Greek and foreign ships.
Immediately after its foundation, with the support of the then President of the “Port Committee” and the founding member of the UN. Pericles Kallimassiotis, the Union of Greek Shipowners and the Chambers of Commerce and Industry, was the protagonist of the efforts for the creation of an autonomous Organization, which made fruit in the year 1930 with the establishment of the Piraeus Port Organization, which was a decisive landmark for its future. The International Maritime Association currently represents almost all shipping agencies of international liner shipping as well as cruise ships operating in Piraeus port and contributing to more than 70%.
Members of the International Maritime Association are active in the representations of domestic or foreign Maritime Line Operators, in the provision of agents of maritime agencies and combined transport, in direct access to primary transport services of all kinds of import – export and transit trade and in the service of passenger shipping and tourism. The presence of the International Maritime Union in the shipping sector will now be enhanced and catalytic, taking into account the new data of the globalized economy, the rival competitive environment, our modern shipping methods and technologies, and the specific features of the shipping agency, to provide competent bodies with the valuable knowledge and experience of its Members to take measures to achieve key objectives such as: